He is confined to a wheelchair because he was born with brittle bone disorder.

Winston  Ben is said to be an inspiring figure and a motivation to many as he did not let his disability take a greater part of him. He gave a talk that he captioned ” The Little Boy With A Big Mission”.

His bride, Mayfair Clement disclosed how they met.

Marry the one you can be all parts of yourself with.

I remember the exact moment I fell in love with you.

We had just wrapped up our first @tldmmastermind event and we could both feel it in our bones – we’d stumbled on something magic.

After that we talked the whole night, too tired and too connected to filter anything
and for the first time I saw you.

I saw you.
And I almost couldn’t believe just how beautifully God formed your soul.

We we’re still friends at this time (he was deeeeeep in the friend zone)
But I can’t lie, all I kept thinking was – “wow this man is going to make an incredible dad and husband”

Shortly after Winston finally told me he was feeling me with the killer “I want you on my team forever” line and 9 months later he made it official. 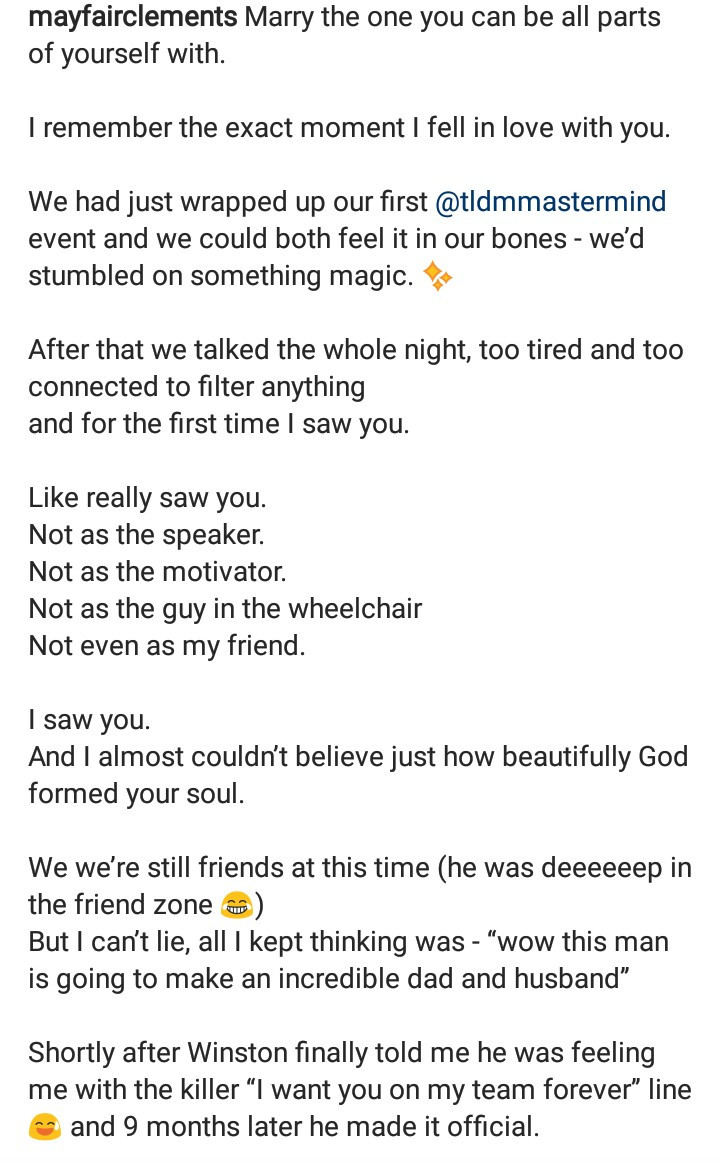 A Chinese man has been reunited with his parents 32 years after he was snatched from them as a toddler. Mao Yin was a toddler when he was abducted from a hotel in the Chinese city of Xi’an and sold to a childless couple in a neighboring province. After the boy was taken, the parents […]

Meet the man who sells land on the moon

Thanks to Dennis Hope, with $24.99, you can own a plot of land on the moon. Dennis Hope, a self proclaimed president of the Galactic Government (a democratic republic that represents landowners on the moon and other planetary bodies), in 1980 wrote a letter to the United Nations claiming Ownership of the moon and asking […]

Uganda has begun serving local Chinese residents with the same hostility meted out to some Africans in China. In a video, a business owner in Uganda is seen giving orders not to allow access to any Chinese citizens into their premises. Horrible videos and pictures have been flying across the internet showing how Africans in […]